My personal February project is wearing hearts every day. Yesterday I decided that’d be fun.
It’s already becoming more than fun. The jewelry I wear acts as a talisman for what’s meaningful to me and being constantly reminded of my heart, your heart, the heart of the matter, the heart of the world, is connecting me with more.

I need reminders that LIFE is ever so much more than I have the power to understand or see and that, if I am to live at peace and, one day, leave my body at peace, I must remember that:

I might be wrong.
I don’t know much. Much of what I thought I knew has turned out to be tunnel vision.
I can’t change anyone else. It’s not my job to do that.
Shaming others destroys their spirit — and mine.
Listening, being a witness to another, changes the speaker and the listener.
And
A heart-broken open won’t kill me.
A hardened heart will.

In the Season of Darkening Days
With softness flickering
And shadows cast
In the stillness of drawn blinds,
What hidden part of your story

Would come to Light
If you knew that
Mercy would hold
With tenderness
Every part of your Life
The secrets and the open chapters
The awkward lines
The false intelligence
The courage that cost you the unspeakable
The sideways truth you live with
To protect the innocent
The rationalizations that are almost reasons
But not quite
The right you did
But not for good
?

What would you lay in her hands?

I post on this topic often and there’s a reason for that. It’s because the problem is persistent and pervasive. Consider with me, one more time, the NO struggle:

It is NOT rude to say no when asked or expected to do something. Not rude to say it to the kids, the grand kids, friends, family, or any of your social and familial connections.

If your “no” is ignored, it is not rude if you keep right on your merry way and let the people who wouldn’t hear your “no” live with THEIR consequences of ignoring your word. They are the rude ones. The consequences are theirs.

If you give in to their pressure, accept that they will never hear you or take you seriously. It’ll never happen. Trust me on this. (That pressure is subtle bullying, by the way. Really, it is.)

If you are too often doing things you didn’t plan to do, things you don’t even want to do, because someone taught you that you had to please everybody or you might hurt somebody’s feelings if you told them “no” then YOU, my friend, are the one who’s ignoring your “no.”

You are ignoring you.

Your Life, this one precious Life you get, is being lived by others.

And it’s happening with your permission.

Are you okay with that? 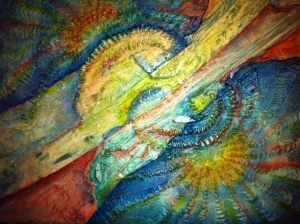 Dear Ones,
Are you paying for someone else’s Life dilemma with your own precious dreams?
It is their bill. You can give up every dream you have and it still will not be enough to bail them out. It is their work to do. You are not loving them by taking their work away from them. You are only giving yourself the illusion of relief, but it’s a relief that won’t last. It’ll dig a deeper debt, generation upon generation.
Get on with your Life. Invest in your deepest passion. Pour your energy into what is meaningful to you.
Do it not to show them how it’s done (though that might happen) but in trust that what you offer to the world matters to others, too. Someone else out there connects with what you bring to a hurting world.
Who knows? As you follow the path of your dreams, you might accidentally show someone else the way out, too.
Walk with Light,
~~~jmw

I have learned that what I ask for never shows up in the way I think it should.
I have learned not to let that minor point keep me from asking.

May we live the cycle of embracing the darkness and being pulled toward the light.

The celebration of Christmas isn’t over for me. There’ve been years I feel a let down on the 26th, but not the past few years. Rather than the end, this feels like a beginning. Every Christmas, every Winter Solstice, every turning of the dark season toward the light, is more an opening to continue expressing the light than an ending of anything. I no longer rush to take down my little tree. It is no longer a chore but an unfolding, a changing of the environment gradually.
It is a relief to let it be beautiful a while longer. To know it will be tucked away when the time is right for me. To know it is all a process of Love.
Whatever, however, you celebrate this season, may you linger in the warmth.
May we carry it forth. May we be changed. 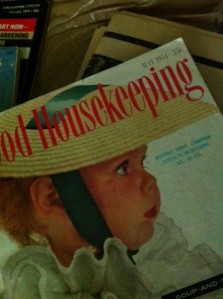 There were no clattering skeletons hanging in the back of my parents’ closet. Nary a rattling bone fell out of the drawers to turn my unsuspecting world upside down.
No, the sounds were softer than that, more of a rustling between my fingers, as I moved through the work that was in front of me. This house was crammed full with sixty-three years of marriage and two years of widowhood. A younger generation had an expiring lease looming and needed to call it home. Time to get busy!
Many of us have been in a similar position. It’s not unusual to the human experience to find ourselves parentless, and, at the same time, facing the adult task of sorting through a house fallen silent, inhabited only by the lingering energy of memories. It’s an age old situation, but it was my new reality.
When my grandparents died, I’d helped my parents clean out their houses in a superficial way. I’d pop in and clean out a drawer or two after I got off work, but the hardest jobs were mostly theirs. When my mother-in-law died, my husband and his brother had their own system for working through the household. Once again, I played a supporting role.
Suddenly, here I was, one of the leads. My brother came from Huntsville to help, leaving with a few Saturdays’ worth of furniture and family items, but hardly a dent was made in the marathon of sorting and evaluating what to keep and what to dispose of. There I sat in the midst of it, grieving, tired, and out of sorts. Grumbling is what I do best when I’m overwhelmed and you had better believe it: I was doing some first class grumbling. I’m great at being peevish when I can’t get my bearings.
Friends, who knew I was under a time crunch and who were probably sick of listening to me moan, practically begged to help me go through the house. Without fully understanding why, I said “No.” It was, surprisingly, in not accepting their generous offers, but in finally accepting that this was a sacred task, and mine to do, that I found my way.
I am intensely grateful that I did.
The house in which I grew up was modest, with no sprawling attic of trunks and armoires. Beyond the trappings of daily living, were simply drawers and drawers and drawers of cards, clippings, receipts, photos, notebooks, church bulletins. The tidiness that we’d managed to keep up throughout Mother’s Alzheimer’s-driven ramblings belied the sheer accumulation of what had been left behind. To a stranger’s eye, a good deal of this documention would have looked ephemeral, papery and fleeting.
For me, it was priceless, an unbound journal of the marriage of two children of the Depression and their relationships with family and community. Every scrap of paper was a fragment of the past, significant to them in ways I can only guess, touching in its simplicity and poignant in its complexity, the threads of their stories weaving through generations before them and after them.
It takes so long to know a parent, to know THE PERSON that existed before we were born and after we left home. Perhaps we can never truly know those closest to us, least of all while they are alive and able to guard their hearts. We accumulate experiences, stored in the closets of memory, and unless it’s jogged loose with a question or reminder, the past lies hidden, a silent mystery.

We hold back parts of ourselves from those closest to us, maybe to protect ourselves from our frailties and disappointments, maybe to protect those we love from family truths that would set them free, if only we could find a way to bring them to light.
Hard edges develop in relationships when we constantly protect ourselves or others from our stories. We call them “rough patches” in my family, and if your family is anything like mine, you know exactly what I mean. The edges may need only a quick sanding or they may be absolutely jagged, but we’ve all had some degree of bumpiness.
In what my parents left behind, I found unexpected tenderness for the rough patches.
Beneath neatly stacked newspaper clippings, in a flat paper bag that I’m sure came from Sterling’s dime store, my mother left four magazines, undoubtedly tucked away for me. The woman with whom I’d had an uneasy relationship, who was intensely private and spoke of her own rough patches with difficulty, had saved for me an issue of Good Housekeeping from May, 1954, the month of my birth, along with copies of Better Homes and Gardens, Family Circle, and Reader’s Digest from the month of my marriage.
Those magazines touched me in a way that nothing else did. She’d kept every card I’d ever sent, every report card, even notes of phone calls from me, but those magazines weren’t about keeping anything of mine. They were about leaving a marker of the times for me, for the woman I would become. And they were about leaving a part of herself with me, a mother who could express herself more easily in unspoken actions than in words.
There were receipts that brought tears to my eyes. My heart broke for the bereft couple that my parents had once been, arranging the funeral of their first child at McPeters Funeral Home, his having been born too early to survive; ordering his simple headstone; paying his hospital bill. I don’t remember a time of not knowing about their baby, Stephen Jay, but seeing the steady signature of our grieving father on a receipt from W.E. Boatman Monument Works took my breath away.
There were others, finds that blended the daily activities of house holding with the sad times and the celebrations of life. Photos and receipts, obituaries and awards, birthday cards and letters, all these formed a collage illustrating the intricacy and resilience of their modest lives. But if I’d found only the magazines and the funeral receipts it would have been enough to make real to me that there is only so much we can know about those closest to us.
If we’re fortunate to find clues and if we pay attention, we may someday pencil in the unknown aspects of those who’ve gone before us. When we face our own hidden stories and frailties, we have a chance to touch those parts of previous generations who left legacies in ways they couldn’t foresee.
Whether we leave skeletons in our wake or a string of receipts, our stories keep unfolding for those who care to follow our trails.